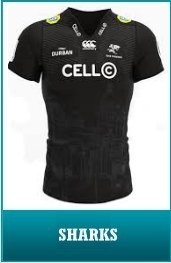 Despite enduring contrasting fortunes in the opening two rounds of the season, both of these sides will be seeking an improvement this weekend.

While the Sharks went down to the Lions, the Waratahs defeated their South African compatriots, the Stormers, but neither will be wholly content leading into this encounter. In particular, their scrummaging efforts must vastly develop if either are to be considered realistic play-off contenders this season.

Robert du Preez’s men severely struggled in the set-piece until the introduction of Tendai Mtawarira and the ‘Tahs were similarly powerless to prevent their opponents from gaining the upper hand up front.

Although the Australian outfit managed to somehow overcome that handicap, you cannot see them repeating the trick should the Durban-based team display a dominance in the front-row.

With the Sharks a seemingly improved squad, having recruited well leading into this campaign, they will expect to kick-start their year against a side that only won four matches in 2017.

Of course, that performance does not necessarily do the visitors justice, with the individuals far more talented than the previous season’s results suggest, but Du Preez’s charges will be ready to pounce should the Sydney franchise once again fail to gel.

Form is also in the hosts’ favour with the previous six contests between the two going the way of the home team – the Waratahs last winning in Durban in 2009.

‘Tahs boss Daryl Gibson will ultimately hope that the South Africans continue to fall off tackles, with their talented playmakers having the quality to score tries should the Sharks maintain a 77 per cent success rate.

On paper, Gibson has a well balanced backline. Israel Folau, Andrew Kellaway and Curtis Rona form a potentially potent unit on the outside, while Bernard Foley and Kurtley Beale should thrive alongside each other in the midfield, but it will be dictated by their ability to get front foot ball.

It therefore goes back to the issues in the front-row and, whoever gains control of that area going into this encounter, should take the honours as a result.

Team news: The Sharks should be significantly boosted by Tendai Mtawarira’s return to the starting XV. He will line up alongside Thomas du Toit and Franco Marais in what appears a stronger front-row unit.

The only other changes for the hosts see the injured Philip van der Walt being replaced by Tyler Paul, with Jacques Vermeulen moving to six, while Kobus van Wyk comes onto the wing for the rested Makazole Mapimpi and Louis Schreuder starts ahead of Cameron Wright at scrum-half.

Head coach Robert du Preez has duly largely kept faith with the side that impressed against the Lions in round one. That means his son will continue at fly-half in front of the talented Curwin Bosch, who again takes his place on the bench, and Lwazi Mvovo will begin at full-back.

The Waratahs have followed the South Africans’ example by naming a similar XV, with boss Daryl Gibson making just two alterations to the line up.

Hero of last weekend’s game Ned Hanigan, who touched down in the final minute to win the match for the Australians, moves into the second-row to partner Tom Staniforth.

With Rob Simmons out and Hanigan shifted to lock, Michael Wells has therefore moved from number eight to take up a position on the blindside, allowing Jed Holloway to come in at the back of the scrum. 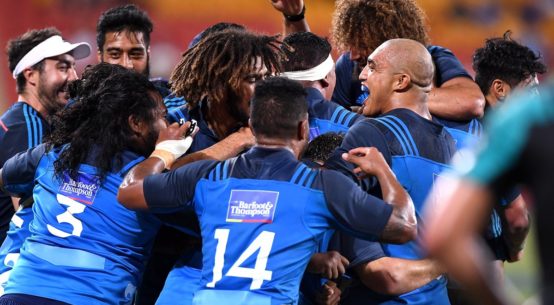