The Highlanders face a tricky assignment when they host the Brumbies in what should be a thrilling trans-Tasman clash in Dunedin on Saturday.

After an impressive start to the season, in which they won their first three matches – against the Blues, Stormers and Crusaders – the Highlanders have found the going tough in recent weeks and head into this match on the back of losses to the Hurricanes and Chiefs.

That means they will be happy to be back on their home ground for this fixture and they will also gain confidence from the fact that they have won their last three games in a row against the Brumbies, never before have they won more in succession against the team from the Australian capital.

The Brumbies though will be quietly confident ahead of this match as they have won on three of their last five excursions away from home to face the Highlanders, however their most recent such victory came in Round 9, 2013.

The men from Canberra showed last week against the Reds that they have plenty of chartacter in their ranks as they fought back from 15-0 down to claim a 45-21 bonus-point win overin an entertaining derby in Canberra.

The Highlanders, however, are a different kettle of fish, especially in their own backyard as they have won their last nine games on the bounce at home, the last and only time they won more was a 13-game glut from 2000 to 2002.

The home side have won 12 of their last 13 games against Australian opposition, including each of their last seven while the Brumbies have won only one of their last five games away from home, with that win coming against the Sunwolves by just seven points.

The last time these teams met: The Highlanders claimed a hard-fought 18-13 triumph when these teams met in a Round Five encounter in Canberra last year. Patelesio Tomkinson and Aki Seiuli crossed the whitewash for the Highlanders and Marty Banks succeeded with two penalties and a conversion. For the Brumbies, who held a 10-5 lead at half-time, Chris Alcock scored a try and Wharenui Hawera kicked a conversion and two penalties.

Team news: Highlanders coach Aaron Mauger has made three changes to his starting XV for this encounter. Liam Coltman returns from injury and Tom Franklin is reinstated to the second-row allowing Alex Ainley into the matchday 23 for the first time this season.

Shannon Frizell is rewarded with his first start in the number six jersey after a number of eye-catching performances off the bench. In the backs, Teihorangi Walden returns to the midfield to partner with Rob Thompson and Matt Faddes returns to the bench.

Meanwhile, Brumbies head coach Dan McKellar has made one change to his starting XV. Tom Cusack comes into the starting line-up in place of the injured Lachlan McCaffrey who suffered a dislocated elbow in the win over the Reds last weekend.

There are a further three changes amongst the replacements, the most notable being the inclusion of flanker Michael Oakman-Hunt, who could become Brumby number 206 if he gets onto the field at any stage. Elsewhere, prop Nick Mayhew is recalled to the squad in place of Faalelei Sione whilst Andrew Smith is included for the first time in 2018, coming onto the bench in place of James Verity-Amm who won his first Brumbies cap against the Reds.

The starting team has a settled look to it with McKellar keeping faith with the group that scored seven tries in succession in retaining the Rod Macqueen Cup in Canberra in Round Eight.

Scott Sio and Allan Alaalatoa pack down either side of hooker Folau Fainga’a whilst Rory Arnold and Blake Enever comprise the second-row pairing, the former having scored a superb breakaway try last week. With Cusack coming into the team, David Pocock and Isi Naisarani continue in the back-row in a pack that scored five of the teams tries against the Queenslanders.

Behind the scrum Matt Lucas remains at scrum-half with Wharenui Hawera at pivot. Christian Lealiifano and Tevita Kuridrani form the centre pairing for the fourth game in succession, and it’s an unchanged back three, with Chance Peni and James Dargaville on the wings and Tom Banks at full-back.

Co-captain Sam Carter, who crossed the whitewash last week as a replacement, will no doubt add impetus when called upon and he is joined by hooker Robbie Abel, prop Leslie Leuluaialii-Makin, scrum-half Joe Powell and utility Kyle Godwin as the finishers. 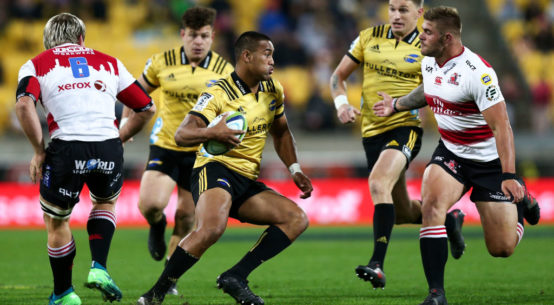