The Waratahs have brought up their first win of 2020 in style with a commanding display against the Lions in Sydney.

THE WARATAHS ARE OFF THE MARK AFTER BEATING THE LIONS 29-17 AT BANKWEST STADIUM, PARRAMATTA.

THE WARATAHS SCORED FIVE TRIES TO TWO, SCORING AT THE DEATH TO SEAL THE BONUS-POINT VICTORY, THEIR FIRST OF THE 2020 SUPER RUGBY CAMPAIGN TO TAKE SOME PRESSURE OFF THE SYDNEY-BASED FRANCHISE.

Tetera Faulkner scored a 79th-minute try to cap a disjointed but mostly superb display by the home team.

Some woeful kicking by Will Harrison and Kurtley Beale made the final score look respectable when, in fact, the Waratahs should have posted a forty burger.

In all, the kickers missed 15-points worth of kicks, three penalties and three conversions apiece out on the field, which, in the future, will come back to bite an already struggling franchise.

The Lions were never really in the contest despite Ivan van Rooyen’s side fighting back from 14 points (twice) and 16 to bring the game back to within seven with 15 minutes remaining.

Faulkner, however, came off the bench to extinguish any hopes of a late comeback by the tourists to seal the points.

Rob Penney will be a relieved but happy man as his side get off the mark.

It wasn’t always pretty, but his side scored four wonderful tries which shows promise going forward.

As for the listless Lions, their task only gets tougher as they continue their Australasian tour against the in-form Rebels hot off a rare and historic away win over the Highlanders.

MICHAEL HOOPER HAD A MEMORABLE GAME
The outstanding flanker had a hand in four of the five scores, with an assist, while kick-starting James Ramm’s stunning try from a deep counter-attack.

New South Wales raced into a commanding 19-3 lead inside the opening quarter after three sublime scores by the forwards.

Angus Bell, Lachlan Swinton and Jack Dempsey all crossed for the ‘Tahs before the Lions fought back with 10 unanswered points before the break.

Marnus Schoeman, who grabbed a brace, flopped over on 24 minutes after Elton Jantjies’ penalty put the tourists on the scoreboard.

Ramm finished a sweeping counter-attack to dot down for his maiden Super Rugby try on debut to increase his side’s lead to two scores before the hour mark.

Schoeman scored under the posts with 16 minutes remaining to keep the Lions in the hunt.

Beale took over kicking duties, but like Harrison, missed a chance to make it a 10-point game.

Faulkner finished off the Lions with his team’s fifth, ending a five-game losing streak to the South Africans.

The Lions poor start to the 25th Super Rugby season continues as they struggle to find any form under Van Rooyen.

WARATAHS START FAST, PLAYING LIGHTS OUT HELTER-SKELTER RUGBY
Bell, who has been a revelation, played a blinder, opening the scoring after Hooper put him away in the third minute.

Hooper was fantastic, especially in broken attacking play as he also had a hand in Swinton’s try as the ‘Tahs looked like running riot in western Sydney.

Swinton and Dempsey both scored in the right-hand corner after several sweeping attacks opened up the Lions with ease.

Ruben Schoeman found himself on the naughty step after an altercation with Rob Simmons, and the home side made their extra man count, scoring immediately afterwards.

Swinton dotted down to make it 12-0 before receiving a yellow card on 22 minutes.

Bell and Hooper both played an influential role in the try with hard running and deft passing as NSW sped away.

The 28-year-old flank combined with the hard-running Bell before throwing a long floated double skip- pass to Robbie Abel, who put Swinton away.

The 19-year-old loosehead prop looks a superstar in the making.

Bell is built like a back-rower, but he runs and handles the ball like a midfield playmaker; he has a massive future ahead.

Elton Jantjies put his side on the board with a rare penalty on 15 minutes, but Dempsey’s scored two minutes later to extend the lead for the hosts.

Another sweeping attacking move saw Karmichael Hunt and Jack Maddocks combine to put the number eight in the corner.

Harrison could not convert, but his team were in full control.

WARATAHS LOSE THEIR WAY AFTER SWINTON’S YELLOW CARD, WHILE LIONS HIT BACK
Penney’s side, playing with pace and tempo not seen in a while, lost their way went they went down to 14 men.

The zip went out of their game, and the visitors found a way back into the contest in the second quarter.

The Lions capitalised on Swinton’s absence, Marnus Schoeman scoring from a powerful driving maul to reduce the deficit.

Andries Coetzee, kicking in place of Jantjies who was off for an HIA, added the wide conversion.

Harrison had a chance, from in front on the half-hour, to extend his team’s lead, but he pulled his penalty wide to the groans of the crowd.

A promising 12-phase attack came to nothing as the two teams went into the shed.

The second stanza began much like the first finished; slow tempo, mistake-ridden, full of reset scrums after only three set-pieces in the first 40 minutes.

Carlu Sadie looked baffled as he was pinged twice at the scrappy scrum set-pieces as both front rows tested referee Angus Gardner’s patience.

GAME BURSTS BACK INTO LIFE AFTER TWO TRIES IN 10 MINUTES
Hacjivah Dayimani could not hold onto the ball during a Lions attack. Hooper, who made the tackle, gathered the loose ball and played Beale on his inside.

Beale played Maddocks, who slipped a tackle before passing to Alex Newsome in support.

Newsome and Beale’s one-two was scooped up and sent wide to Harrison. The stand-off jinked inside a couple of defenders and sped into the 22.

He was tackled, the ball recycled at lightning speed to the touchline for Ramm to finish. Wow!

It was a sweeping move reminiscent of the opening 20 minutes before Ramm dived over in the corner, and is surely one of the early contenders for try of the season.

The conversion sailed wide, though.

The visitors would not go away, scoring soon afterwards after winning a scrum-penalty that was booted for an attacking lineout inside the opposition’s 22.

Schoeman had his second from quick-ball at the ruck after Daniel Kriel’s strong run and carry was stopped short of the line.

The Lions recycled at speed and sent the flanker over the chalk and under the posts.

Jantjies took the conversion quickly, making no mistake as the Joburg men fought back.

But that was as good as it got for the Lions.

WARATAHS SQUEEZE THE LIFE OUT OF THE LIONS AND HANG ON FOR THE LESSER-SPOTTED WIN
Beale took over kicking duties, however, the veteran fullback missed twice, to the audible groans of the home support, keeping the Lions in the game as the clock ticked down.

The home team found the time for one last hurrah, late in the game.

A superb front of the lineout move ended with Faulkner crashing over to seal the deal.

Hooper almost got in on the act, but the Lions kept him out after some deft hands and inter-play among the big man had culminated in the bonus-point winner. 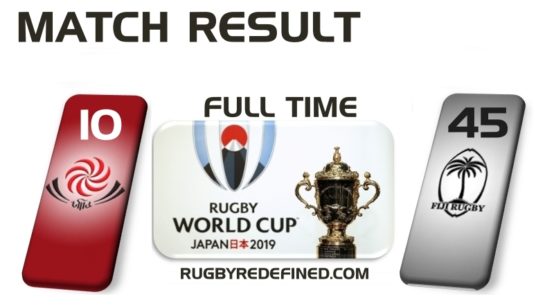 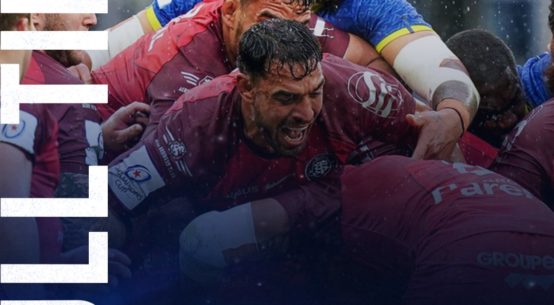