Fiji moved in to second position on the World Rugby’s Sevens Series table when they beat Kenya in Sunday’s Vancouver Sevens Cup Final.

Fiji’s 31-12 victory saw them finish the tournament unbeaten and move ahead of New Zealand in the series standings.

Sunday’s Cup win is Fiji’s first in Vancouver and their 33rd win in 67 Cup finals while they became the first team to win two tournament titles this season, after also winning the Hamilton Sevens last month.

The thrilling final was the second meeting between the two sides this weekend as both Fiji and Kenya went head to head in Pool C on day one. Fiji took the spoils in that match with a closely contested 24-21 scoreline.

The final on day two followed Fiji’s victories over Argentina (43-7) in the quarter-final and South Africa (15-12) in the semi-final, but it was Kenya who were first on the scoreboard with a try from Willy Ambaka.

Fiji responded through Josua Vakurunabili and by half time both sides had added another to draw even 12-12 at the break. Fiji dominated the second half with three further tries, Sevuloni Mocenacagi adding to his first half score to secure a brace and the Player of the Final title.

After the full-time whistle Fiji head coach Gareth Baber was pleased with their final performance and the two days as a whole. “There’s a real sense of pride more than anything today,” he said.

“We handled ourselves well across the weekend to get to a final with Kenya, who we’d had a tough battle with yesterday. It was very close at the break, we hadn’t really played much at half time but the team responded in the second half and produced the rugby that we know Fiji can and it was great to watch.

“You’re always looking for some consistency in form, you get confidence from that and when you have confidence you play better.

“We learned from last weekend, losing to USA but we knew we had to come here and get something out of it to keep pressure on the top of the table and that’s what we’ve done – mission accomplished as far as Vancouver is concerned and we go back to Fiji now to prepare for Hong Kong.”

South Africa claimed the bronze medal after beating USA 29-7, the series leaders running in five tries to one in front of a packed BC Place.

Afters six rounds, South Africa retain their top spot in the World Rugby Sevens Series 2018 standings but Fiji, now in second place, are only eight points behind them with New Zealand in third. The teams will reconvene in Hong Kong 6-8 April. 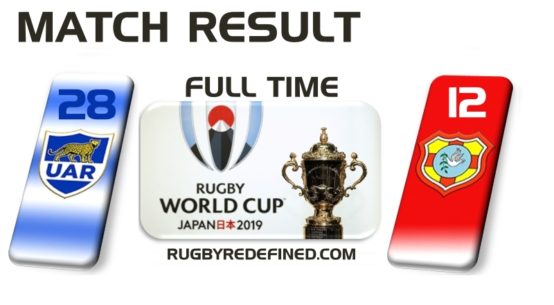