Following a potentially season-defining victory over the Rebels, the Waratahs will look to take a step closer to winning the Australian Conference on Saturday.

With the Melbourne-based side having to face the Reds in Queensland a day before the ‘Tahs’ clash with the Sunwolves, it may offer the Sydney outfit a chance to secure their place in the top three.

After their 31-26 triumph at AAMI Park, four points separates the two challengers for the conference, but Daryl Gibson’s charges are very much the team in command. While Dave Wessels’ team have two away games to finish, the Sydney side can rely on home comforts with them set to face the Brumbies in the final round of the regular season.

They should therefore rightly be confident about their chances of finishing top of their division and the Japanese franchise should pose few problems for the hosts. The visitors may have improved significantly over recent rounds, defeating the Reds, Stormers and Bulls, but Gibson’s men should comfortably dispatch their opponents this weekend.

Israel Folau returns to the XV and, although Michael Hooper remains out of contention, Ned Hanigan, Will Miller and Michael Wells form an excellent back-row. The Waratahs will come up against a pretty effective Sunwolves unit, with Ed Quirk and Michael Leitch coming back for the visitors, but they should be too good for the basement-dwellers.

Tony Brown’s side do contain some talented individuals, particularly behind the scrum, and the interim head coach will hope that Hayden Parker, Michael Little and Jason Emery continue their fine form from recent weeks.

Parker, especially, has been outstanding and rarely looks like missing from the tee, while Little has been one of the standout centres in the competition, but ultimately it is unlikely to be enough.

The ‘Tahs appear too powerful, too quick and too confident for a franchise whose season is already over. It should be an entertaining affair but one which ends with the Australians improving their play-off prospects.

The last time the teams met: Daryl Gibson’s men secured a dominant triumph over the Sunwolves in Tokyo, defeating the Japanese outfit 50-29. The visitors controlled the first half, despite the home side briefly levelling the match via Michael Little, as Jake Gordon (twice), Curtis Rona, Will Miller and Bryce Hegarty went over. Michael Hooper and Taqele Naiyaravoro then crossed the whitewash in the second period to complete a comfortable victory, although Semisi Masirewa and Kazuki Himeno did get a couple of consolation scores for the Sunwolves.

Team news: The return of Israel Folau at full-back is the only change to the Waratahs’ starting line-up for Saturday’s match against the Sunwolves.

The Waratahs go into the game as Australian Conference leaders after a nail-biting 31-26 win against the Melbourne Rebels last Friday.

Head coach Daryl Gibson said the next challenge is another opportunity for the team to fulfil on their promise of delivering consistent performances.

“We have had a settled week in terms of our preparation and it will help us towards what is a very exciting period for us over the next two weeks,” Gibson said.

“We have two excellent home games, one against a team that is very exciting with ball in hand. It will be a great game to watch (on Saturday). The Sunwolves play very fast, they are very well organised and we have prepared ourselves for that style of game.”

Meanwhile, the Sunwolves have made six changes to their starting line-up for the Super Rugby clash.

Ryuji Noguchi has come in for Gerhard van den Heever at full-back, while Yutaka Nagare has been included at the expense of Keisuke Uchida at scrum-half. Nagare will also captain the side.

The final change sees Grant Hattingh preferred over Uwe Helu in the number five jersey, with Sunwolves interim head coach Tony Brown sticking with the same front-row that served him well in last weekend’s win over the Bulls. 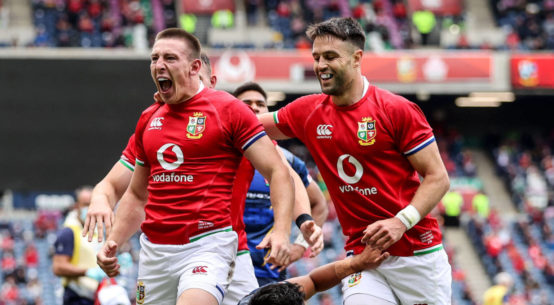