The Stormers 8 wins out of 20 matches gives them a record of winning 40% of their matches against the Highlanders regardless of venue.

This weekend the match will be played in Newlands which is home for the Stormers and the venue where the teams have met 10 times.

In those 10 matches played in Newlands the Stormers have won 6 matches and lost 4. This gives the Stormers a record of winning 60% of their matches against the Highlanders at home. 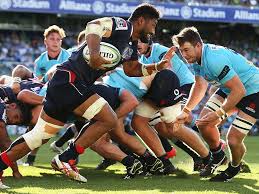