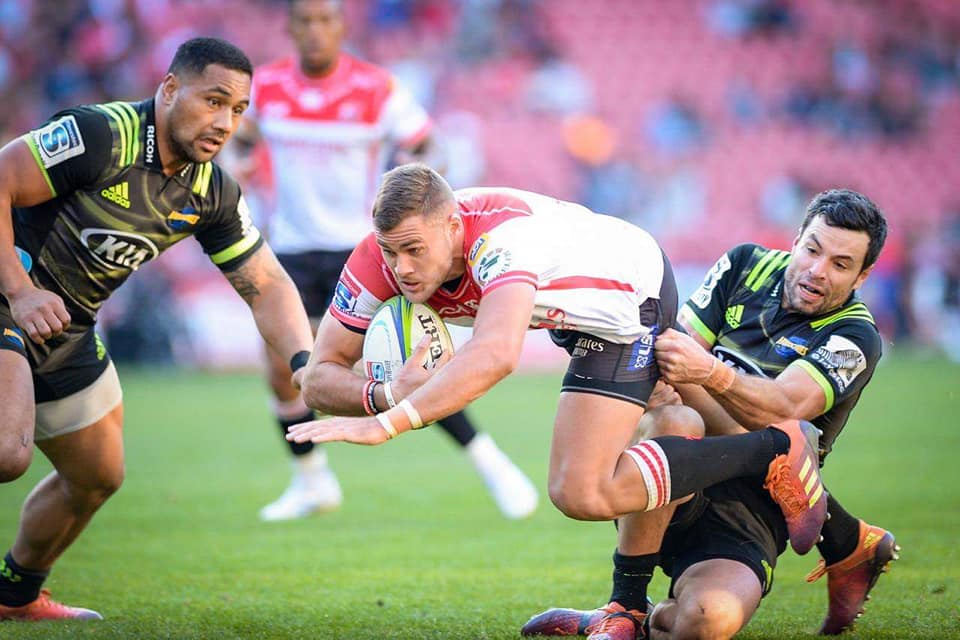 The Hurricanes ran in five tries to hand the Lions a damaging 37-17 loss in Johannesburg on Saturday.

The Lions will lament their missed opportunities. They dominated the collisions during the initial stages of the contest, but failed to translate that go-forward into territory and points. The Hurricanes did well to stifle and spoil at the breakdown.

The visitors made the most of their chances at the other end of the park. Ultimately, they did enough to score a comfortable win and ensure that the Lions did not claim a consolatory bonus point.

The game was in the balance at half-time, with the scores level at 10-10. After the break, however, the Hurricanes made a statement when Ben Lam collected the kickoff and brushed aside a couple of would-be defenders to claim his first try.

The powerful winger rounded off some enterprising play later in the half as the Hurricanes started to take control. Aphiwe Dyantyi scored his second try of the game in the 59th minute, but that was quickly cancelled out by a Dane Coles score at the other end.

The Hurricanes pushed the boundaries at the breakdown and managed to win some crucial turnovers. The Lions did not do enough to blow men like Ardie Savea and Coles off the ball, and their ability to build an attack was compromised as a result.

Coles grabbed a second late in the piece to ensure his side claimed a try-scoring bonus point. The final scoreline was a reflection of the Hurricanes’ dominance in the second half.

The Lions may need a big win against the Vodacom Bulls at Loftus Versfeld next week to progress to the playoffs.